Our pool of talents from across the Shuswap includes writers, authors and poets - published and unpublished, famous and infamous, esteemed and not so esteemed.

MEMBERSHIP   -We are in the  process of writing up our bio's and having our mugshots done  and these are being posted  as our  procrastinating members  ever so slowly get them into our webmaster.  If you really want to see what has been posted thus far,  scroll  down to see our group of  inspirational writers. Carol's roots go back several generations in Salmon Arm where she was born. Her family moved from Salmon Arm after her father came back from overseas in WW ll.
Carol lived in a little farming town of Haney BC until  the  family moved to Williams Lake BC. She moved back to Salmon Arm and has lived here ever since. Special times in her life are her family, her garden, dragon boating,  golfing. Many things have inspired her to write fiction, creative non-fiction stories and poetry.
​Her  families everyday life and her adventures in the great outdoors have developed into  many stories. Carol has several stories published  in the Shuswap Writers' Kaleidoscope IV and V anthology.
Carol is the  maker and keeper of the group's website. So if there are any horrible bloopers like, horror of horror's spelling mistakes it will be she who is now named  at fault. 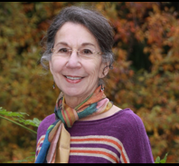 After teaching for 25 years, Judith  and her husband Geoff retired to Salmon Arm, British Columbia. She devotes her time to writing for children and youth, supporting the local writing community, literacy and local nature conservation projects; cooking and attending an adult book club. She joins Geoff to sing with the community choir, study Spanish,travel, hike and camp. For fitness: there's dance, gardening and keeping up with eight grandchildren during their precious time together. She has translated The Noise In Grandma's Attic into Spanish to read in classrooms during her trips with Geoff to the west coast of Mexico. 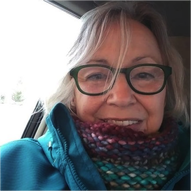 Monique Pharand - Monique moved to Salmon Arm in the fall of 2019, to be closer to her family. For the previous 20 years she has been an active member of many organizations in the small community of Dease Lake in northern BC. This included the local Reading Centre, the Lions Club and even the Canadian Rangers (to name a few). Her passion for community involvement continues to call her. Monique's career in education became the perfect way to awaken and encourage creativity in students from Kindergarten to Post Secondary. Inquisitive by nature, she dabbles in the field of Visual Arts, enjoys quilting as well as improv games and treasures spending time outdoors. Monique always enjoys writing. 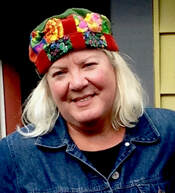 Brenda Kilberg - Brenda has lived in BC for forty years and the last thirty years in Salmon Arm. She set aside her International Travel Consulting career to raise her three boys. She finds writing inspiration from family history, life events and her extensive classroom of global experiences. Brenda has had eight years of piano and a few singing lessons, hoping someday to write her own lyrics and music. She has  kept a few journals and enjoys creating Haiku along with free style poetry as well as short non-fiction stories. Brenda feels the Shuswap Writers' Group is giving her a clear direction and motivation to improve her writing skills.  She loves her adventures in her VW van, books, music and living a simple life. 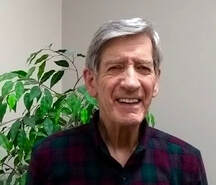 Hugh Marchand - Hugh is new to Salmon Arm, arrived in Canada in our  Centennial year and settled in Ontario. There he met his wife and a busy life ensued learning about a new country. A busy life that soon became a noisy one with the arrival, in short order, of three bright but boisterous children, which precluded contemplative pursuits - like writing.
However, as children grew, the decibels decreased and permitted him to start writing something other than management reports. Words began to tumble out of his mind onto page. Success in poetry and short story competitions has punctuated his toiling to complete and publish his first novel. Hugh's published book The Bright One of The Skilful Hand  can be purchased on  www.amazon.ca available as a  paper back or download on Kindle. Hugh's inspiration to write came from his mother, an author in her own right. 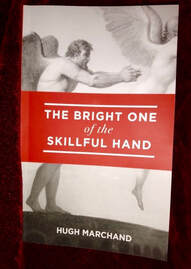 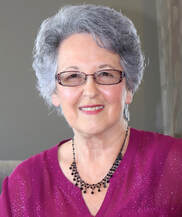 Roselyn (Rosie)Phare - was born near Prince George in Northern BC. Her family moved to Salmon Arm in 1958  and are long time residents. Her father was Canadian and grew up in Medicine Hat AB. Her mother Denise Eckstadt, came to Canada as a war bride from London, England and was also a member of Shuswap Writers' Group for many years.
Roselyn enjoyed English in school and after completion her mother encouraged her to continue writing short stories and poems. She found work at a law office  and pursued a career as a Legal Assistant. Roselyn feels Shuswap Writers' Group has been supportive and encouraging and feels it is a privilege to be part of the group where she's made new friends with similar interests. She has had several articles and poems published in the local papers over the years and is enjoying retirement. Currently she is working on writing stories of several travel adventures and family memories. Roselyn is also planning on writing an Anthology as a legacy for her children and grandchildren.